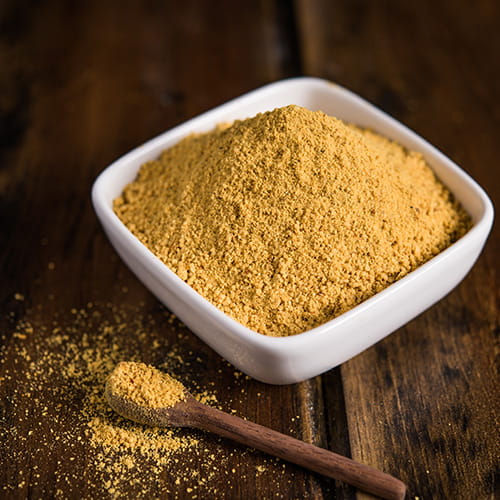 Its official name is Milagai Podi, which translates to chili powder. However, “Gunpowder” is the name most commonly used by South Indian food fans. It’s a dry condiment made from roasted dal (lentils), sesame seeds, chilies, cumin, coriander, and other spices. Grind it smoothly and vary the amount of chillies to take this blend from medium to spicy heat levels. Use it to season steamed rice and roasted or grilled vegetables.  Sprinkle on chicken, fish, shrimp or paneer both before and after cooking for an adventure your taste buds won’t forget.

Test Kitchen Tips:
• Use Gunpowder Spice (Milagai Podi) in our recipe for Grilled Swordfish Skewers.
• Milagai Podi literally translates to ‘chili powder’ in Tamil, but the seasoning is more complex. Milagai Podi, often referred to as Gunpowder Spice, is a mixture of dal (lentils), seeds, and spices traditionally found in South Indian cuisine. The blend can vary in heat level, based on the number and types of chilies used. It is typically used to season idlis and dosas in Indian cuisine.
• Dal is both an Indian dish and cooking ingredient. It refers to dried and split beans, peas or lentils and is a staple ingredient in South Asian cuisine. As a dish, Dal refers to various soups, stews and pureed side dishes made with the split legumes. Various types of dal such as chana dal, toor dal, or black dal can be found in the international or Indian sections at most major grocery stores, as well as natural food stores and online retailers. 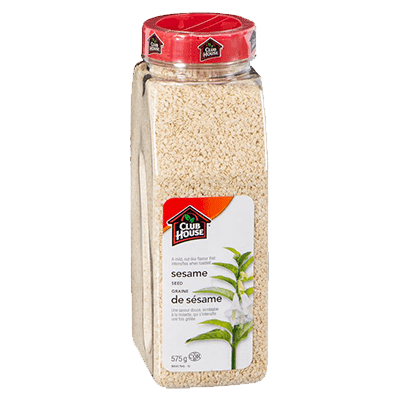