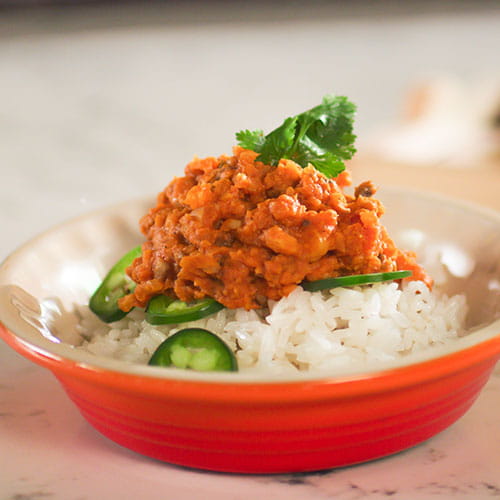 • Chorizo can be used in a variety of dishes. Often served with breakfast, it is also the perfect addition to burritos and fried potatoes, or a great filling for tacos and empanadas.
• Don’t have a food processor? Mash garbanzo beans and tomatoes into coarse chunks with a potato masher or fork. Stir in vinegar, soy sauce, spices and salt, and continue as directed.
• When cooking the garbanzo bean mixture, try to “brown” the mixture well, similar to browning beef or crumbled sausage. This will add a deeper flavour and a bit of a crispy texture to the mixture.
• For a spicier vegan chorizo add finely chopped chipotle, fresh jalapeno or any of your favourite chile peppers into the mixture while browning. 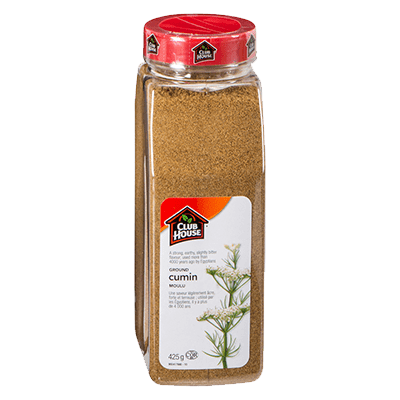