Skip to main content
‘Que the Weekend with Chef Juriaan

‘Que the Weekend with Chef Juriaan

The Memphis in May World Championship Barbecue Cooking Contest is a four-day competition held last May 15-18, 2019 in Tom Lee Park on the banks of the Mississippi River in downtown Memphis, TN.

Nearly 250 teams travel from around the world and across the U.S. to compete for the title of World Champion and a share of the more than $115,000 in prize money. 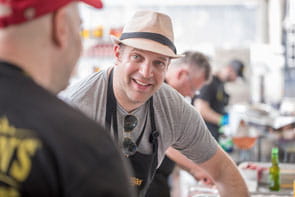 McCormick Canada’s Executive Chef Juriaan Snellen had the pleasure and privilege this year and got the behind-the-grill view of the the best in -que! 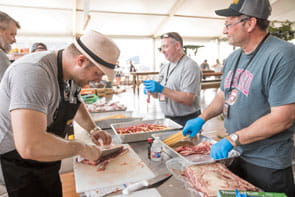 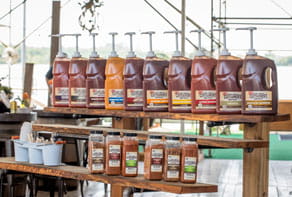 First, there were ‘Queology sessions.

‘Queology:  Craft your cocktail. Conducted by the McCormick Culinary Team, this seminar showed guests how to supplement their BBQ menu with refreshing complementary beverages.

‘Queology:  Smoking & Pickling. A quick pickle flavour station was showcased on how Cattlemen’s wide range of products can create incredible flavour profiles with virtually any ingredient.

‘Queology:  Slather the Sauce. Learned how to playing with unique compbination of sauces, glazes, and seasoning blends can help elevate the menu to another level of deliciousness. 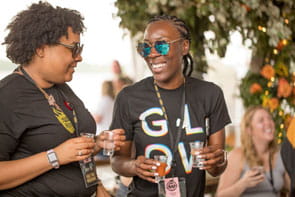 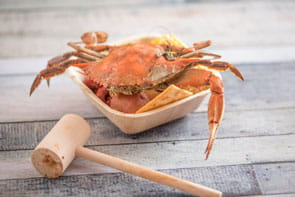 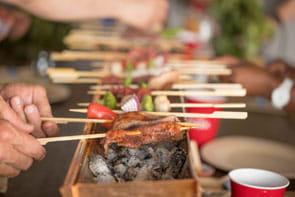 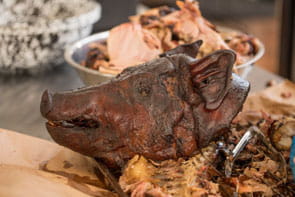 And, of course, there was the HOG CRAWL. Chef Juriaan savoured and tested as much ‘Que as he could humanly manage.  “The Hog Crawl is like a pub crawl, but with pork instead of beer,” explains Chef Juriaan.  “Our whole group split into smaller groups and we each got to visit 4 different competitors.” 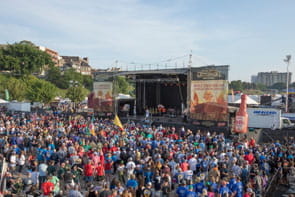 Chef further narrates, “The Hog Crawl was definitely the highlight of MIM. It gave us an opportunity to connect with the competition participants. What we learned from them is that the main purpose of the event is the sport of competition, not neccesarily the monetary reward.

“Bragging rights and enjoying the time spent at MIM yeild more value to those who are competing. Once the hogs are prepared and sauced, they would take advantage of the comfortable seating and the cold beer on ice! They  are very relaxed and they’re there to enjoy themselves over the span of the 24 hours.

“Closer to the 23rd hour do things start to ‘heat’ up, so-to-say… you cannot be even 1 minute late or you will be disqualified. Plain white styrofoam boxes are used to give all bbq fanatics a fair shake with the judges.

“It was the most authentic experience, hanging with the pitmasters doing their bbq, and enjoying cold beer fresh off the ice.

“Competitors stem from professional chefs, to backyard bbq masters. MIM displays the formidable pitmasters and a win from MIM will forever put them on the map.” 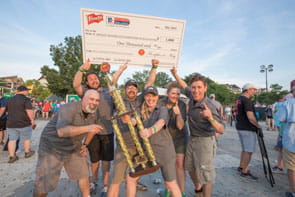 As far as new cooking techiniques,  Juriaan asked one of the returning participants if he changed anything this year to see if he could rank higher, he said “no, they stick to their traditional and unique techniques for their bbq, each and every year.”

One innovative way pitmasters have started to  experiment, is with the exotic bbq; where some have submitted rattle snake, squirrel and raccoon to the judges!

With over 250 competitors, MIM has 15 categories in which contestants can win national MIM recognition.

And that wraps up chef’s Memphis In May weekend ‘que.  Till next year.