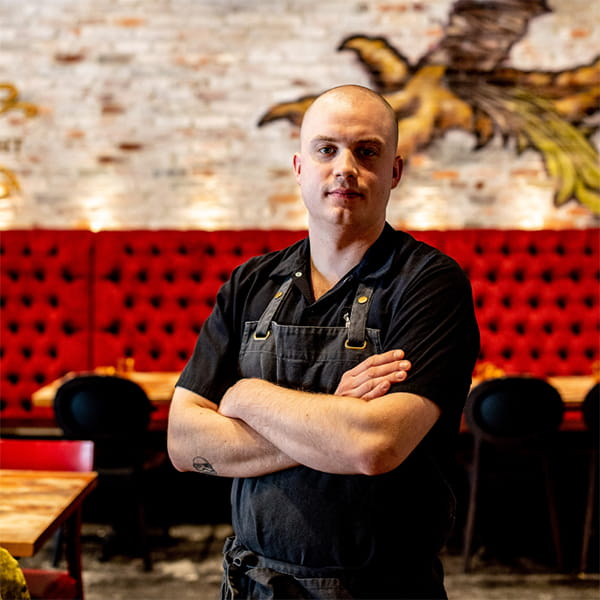 When we last spoke to #ForChefsByChefs Feature Chef and Winnipeg restaurateur Jesse Friesen pre-pandemic, he had been thrilled about the opening of his latest endeavour, Mottola Grocery, on the grounds of the once-populous True North Square. This was in addition to running his group of restaurants The Merchant Kitchen, Pizzeria Gusto, Gusto North, Yard Burger and Good Fight Taco.

Opened in September 2020, what some would call mid-pandemic, Mottola Grocery’s concept was an everyday-feel location with elevated food options, something that pivoted to curbside pick-up and home delivery due to ever-changing pandemic restrictions. Complete with departments like the deli, rotisserie, produce, vanity and a cafe, one of the more popular options is the store’s private label program, which features freshly packaged items that would typically be enjoyed at Friesen’s restaurants. This allows grocery guests to take home selections like jars of Merchant Kitchen’s signature fried chicken sauce or bottles of burger sauce tasted at Yard Burger.

While business has been steady from the square, the absence of what used to be grand hockey crowds is palpable.

“Before COVID-19 hit, we’d see 700+ people. We also had the lease on the bar for the food hall, which was a major go-to for hockey fans before the games. We really need there to be fan-seated hockey before we can get to the level of success we want,” said Friesen.

“One thing we’ve been lucky with is that every time a Canadian team comes to Winnipeg, they reach out to us for their catered meals. That’s cooking for 50+ people for us, vs. them just eating from whichever hotel.”

Friesen also acknowledges the challenges and lost moments felt when it came to dealing with staffing among the closures and reopenings throughout the pandemic, and how it turned into a cutthroat pivot of survival for many of his colleagues and industry friends.

“The hardest part of any of this was laying off staff. Before I’d ever heard the word COVID-19, I had five chef de cuisines, six sous chefs and another 60 to 70 staff. Almost overnight, it went from those numbers to me only keeping two to three people per location. Making those calls and writing those emails was the absolute worst. Some have jumped ship out of the industry because they’re afraid, their jobs weren’t secure anymore. So many got into food to be able to put food on the table and now some of my most talented friends are working at places like Costco to pay bills because their restaurants are shut down.”

Despite these and other obstacles, Friesen hits hard with the messaging that anyone remaining should be working together to stay afloat, including with one’s suppliers — a relationship he believes has been stronger than ever for him since the start of foodservice closures.

“We really bonded because they too want your relationship and the business to be tight and together. They’ll jump through hoops to help you out and vice versa. With one of my suppliers, his issue is the need to move product so I’ll carry something in my store that I might not have thought to right away before and in return he’ll scratch my back with a deal on something I need.”

Friesen encourages all workers in the industry to have a mutual understanding that times are challenging for everyone, and anything should be approached with that in mind.

“Instead of being like, I want this now, make it happen, remember that making it happen isn’t as easy as it used to be. There’s less of everything out there: less staff, less product, less delivery drivers and so many other issues. Work together on the problems to come up with a solution rather than making it harder for everybody. In this industry, we’ve got to stay united because we all need to survive.”

At Club House for Chefs, we want to do our part to help chefs and restaurateurs keep their passion for flavour alive. Visit https://www.clubhouseforchefs.ca/en-ca/sales-support for all available rebates.

• For Chefs by Chefs: Series One 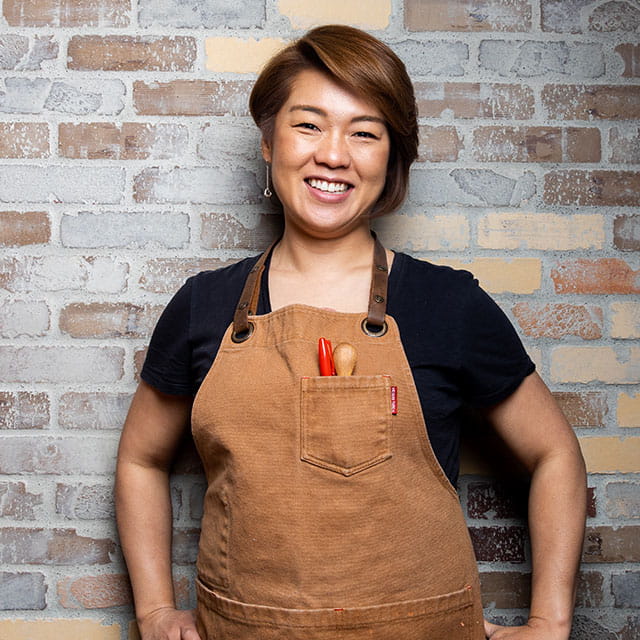 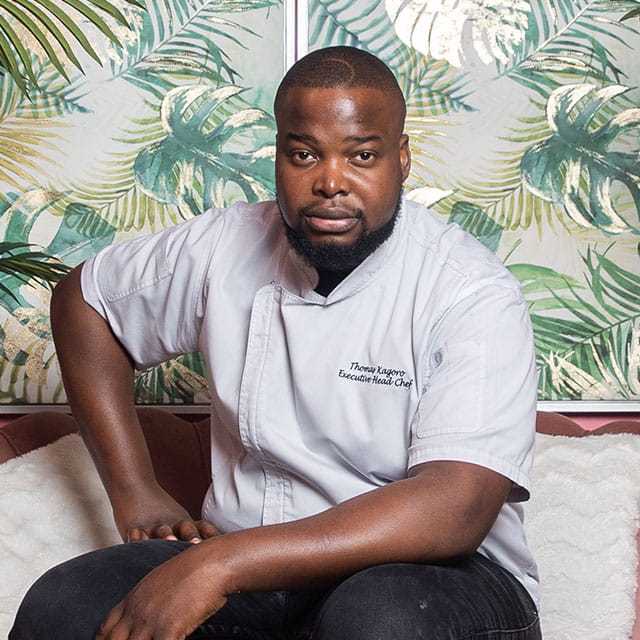