Club House® for Chefs Coast to Coast Tour hit up the shores of Halifax for an exploration of eastern culinary styles and Nova Scotian-inspired dish collaborations. Missed the last stops? Enjoy these recaps of Edmonton here, Winnipeg here, and British Columbia here.

After adventuring to AshMeg Seafoods, Blue Harbour Cheese, Nine Locks Brewing Company and Noggins Farm, the Club House® for Chefs team had mapped out a few exclusively selected restaurants where they would join the chefs in creating new recipes to share with culinary creators across Canada.

They kicked things off at The Five Fishermen with Chef Greg Balingit. One of 14+ locations within Halifax’s Grafton Connor Group, Chef Greg’s experiences, including his Toronto-learned global flavour philosophies, guided the savoury inspiration for his latest creation: Asian Pesto Chicken and Pineapple Kelp Noodle Stir-Fry. With the kelp noodles nested in the centre-of-the-plate, this dish is topped with stir-fried cattail shoots, chicken breasts, cashews, cilantro and Asian pesto. Plus, with its Green Curry Paste and Coconut Milk, this dish has a distinctly Thai fusion flavour profile with a hint of Nova Scotian flair. 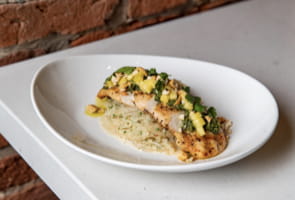 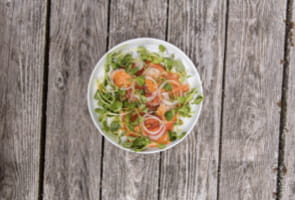 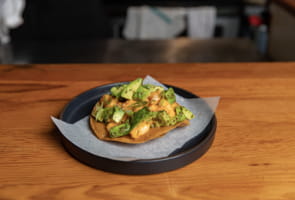 Finally, it was time for the team to reconnect with Chef Craig Flinn at Chives Canadian Bistro for the creation of the final east coast dish of the tour. With 18+ years at Chives under his apron and a philosophy of “extraordinary fine dining,” Chef Craig was proud to complete his latest masterpiece with the crew, a Spiced Scallop, Shrimp and Lobster Cake. Cooked in a complex yet versatile combination of Club House Crushed Red Pepper, Ground Cumin and the queen of spice, Ground Cardamom, this seafood dream on a plate is served with a Club House Sriracha and Lime Aioli plus Hana-Tsunomata Cashew Coleslaw. It’s entrée flavour and satisfaction all packed into an appetizer! 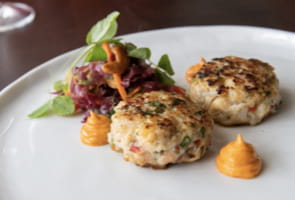 Be sure to join in on the fun and findings of Club House® for Chefs’ Coast to Coast Tour on Instagram @CH4Chefs / #CHCoast2Coast. Coming up, the spice squad will be completing their cross-Canada journey in the cuisine capital of Quebec, Montreal!